Whether you are looking for a great vacation spot for your family or a quiet small town atmosphere to live in, Giles County has it all. Outdoor recreation abounds with thirty-seven miles of the New River flowing through the heart of the county as well as 92.4 square miles of Jefferson National Forest offering a wide variety of recreational opportunities for everyone. Giles County also boasts top quality schools, award-winning hospitals, safe living environment, cultural resources and a favorable business climate. 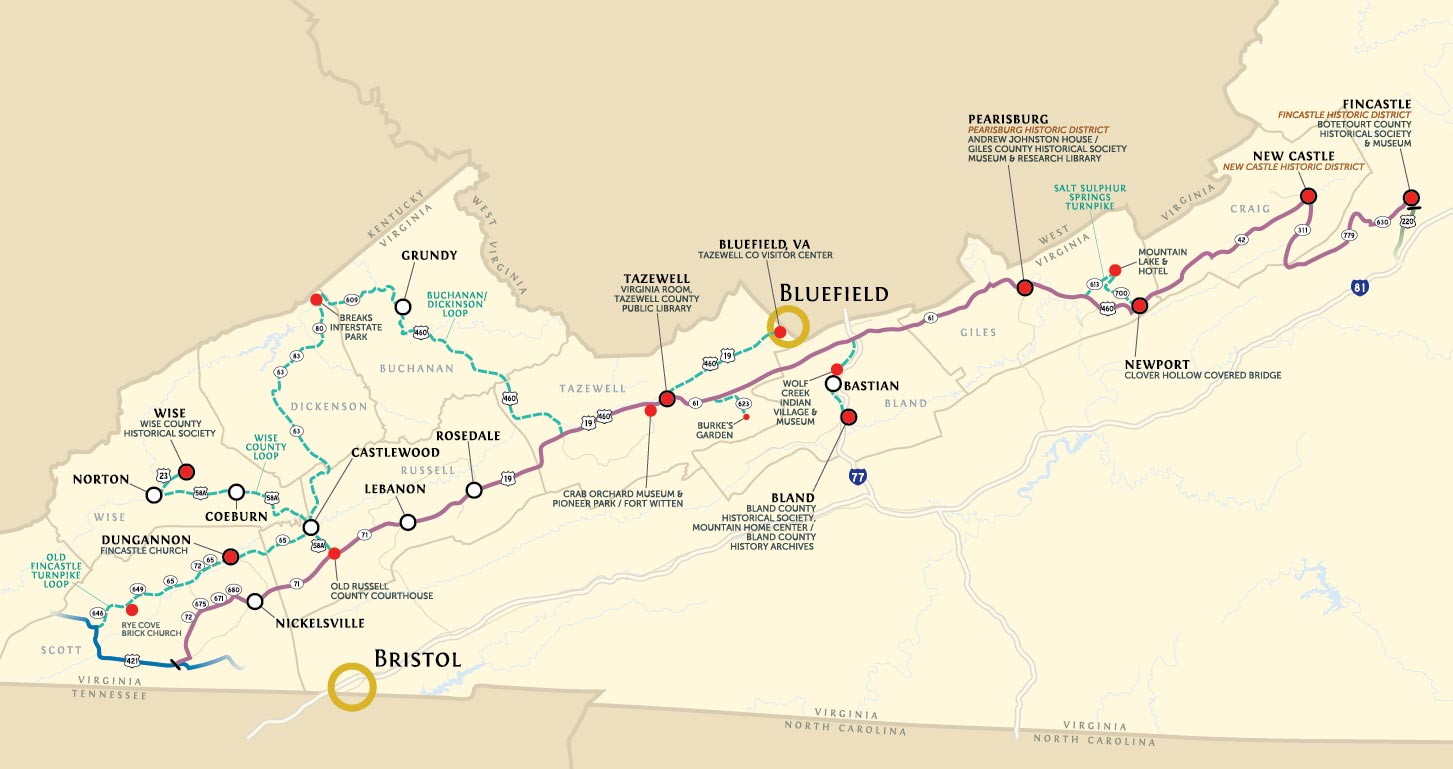 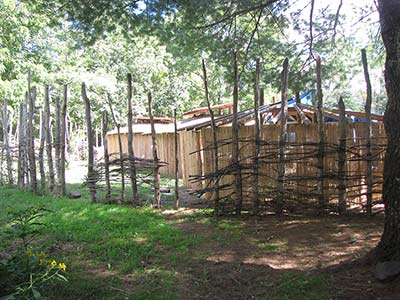 Between 1490 and 1530 AD, a small group of Native Americans settled along Wolf Creek in present-day Bland County. They built a circular palisaded village to house as many as 100 people. Excavation of the site in 1970 revealed 14 structures and a wealth of artifacts. The Wolf Creek Indian Village and Museum opened in 1998 to interpret the story of the region’s prehistoric peoples, including a full recreation of the village. 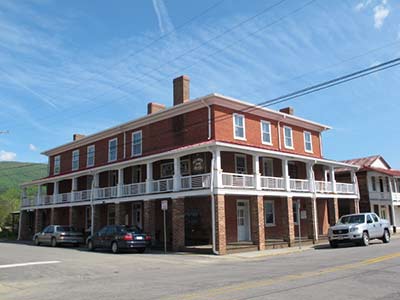 New Castle, Virginia · An outpost called “Craig’s Camp” was established here and visited by Col. George Washington in 1756 as he toured the frontier. This settlement, first called “Newfincastle,” became the county seat when Craig County was formed in 1851 from parts of six neighboring counties. The New Castle Historic District includes the Jeffersonian-style courthouse and the nearby Old Brick Hotel Museum. 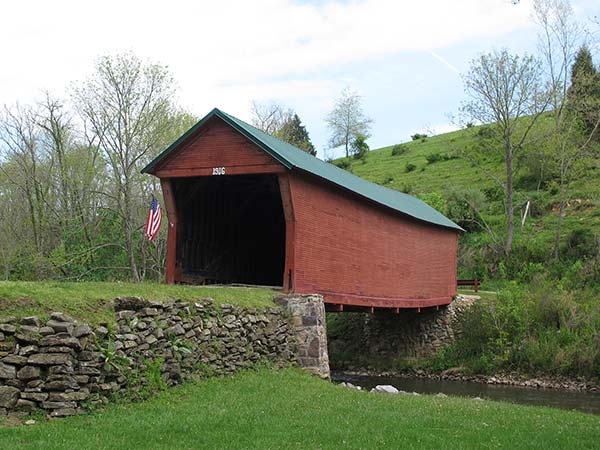 This small Burr-type covered bridge, built in 1916, is one of three surviving in the immediate vicinity of the village of Newport. Like the others, it is sided with horizontal weatherboards and supported by stone abutments. The town of Newport began in the early nineteenth century as an industrial center exploiting the abundant water resources available on the Greenbrier Branch in eastern Giles County.