Martin’s Station, built in 1775, by Joseph Martin and a party of woodsmen in Powell Valley, was approximately 12 miles from the Cumberland Gap. Martin’s small fort stood along Boone’s Trace bound for Kentucky, which became known as the Wilderness Road. The station served as a welcome refuge for weary settlers headed west in the early days of southwest Virginia and Kentucky settlement. 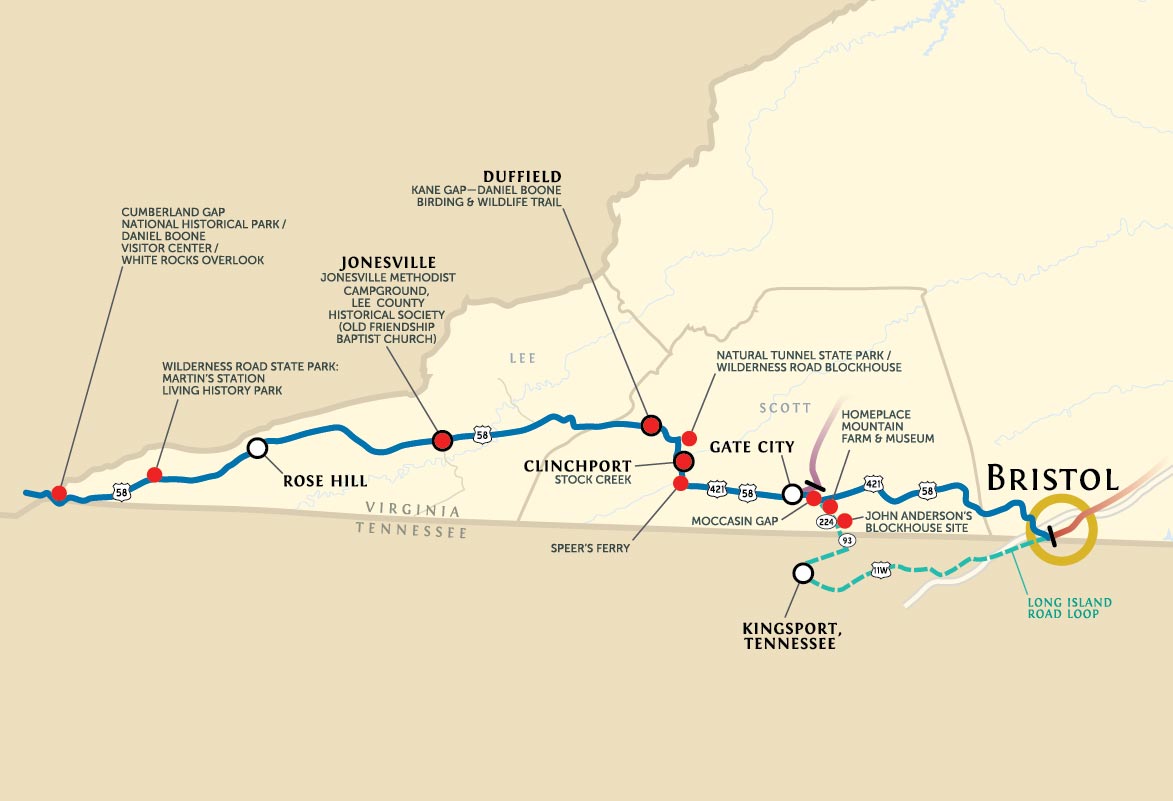 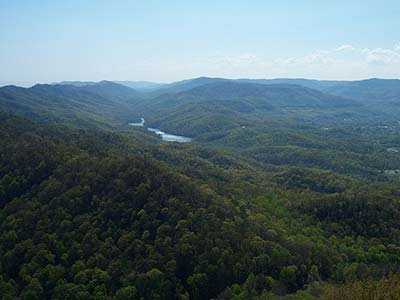 Cumberland Gap was the only easily accessible pass through the Alleghany Mountains. Prior to 1750, it was used by Indians moving from area to area in trading, hunting, or war parties. Daniel Boone was commissioned to open a trail through the gap, known as “Boone’ s Trace.” During the 1790s a mass of immigrants passed through Cumberland Gap at the rate of nearly 100 per day, looking for available land in the west. The Daniel Boone Visitor Center houses a museum, interpretive films, and handmade crafts from the region.

A tract in the Powell Valley was originally settled by Joseph Martin, who arrived in March of 1769 after a difficult journey to claim 21,000 acres as the first settler on land granted to the Loyal Land Company. Boone found Martin already in place at his station when he made the trip into Kentucky in the spring of 1775. Wilderness Road State Park features a reconstruction of Martin’s Station and a visitor center located in the 1877 Ely House.

The Town of Glade Spring was laid out in 1794. The Lee County Historical Society promotes the study and preservation of the history of Lee County. Located in the Old Friendship Baptist Church Building approximately 4 miles west of the county seat at Jonesville, the society’s records can be used by appointment. The nearby Jonesville Methodist Campground was established in 1810 for outdoor revival meetings. Campgrounds were founded across the region as part of a widespread growth in religious fervor. The well-preserved auditorium was opened in 1828.