Crossroads to Settlement: Imagine if there were only a handful of interstate highways and all intersected in one special place. The Roanoke River Valley in southwestern Virginia was that special place. As early as the 17th century, the Roanoke Valley was a hub granting Native Americans and frontiersmen access into the Trans-Appalachian West. Visit the Roanoke Valley and walk in their footsteps to discover the diversity of the region through historic districts, museums and live interpretation.

Salem began in 1802 when developer James Simpson realized that travelers along the Wagon Road would need a convenient wayside of taverns and horse traders before heading to the western frontier. Two centuries later, Salem remains a popular stop for travelers. Come explore the unique history of an American hometown. 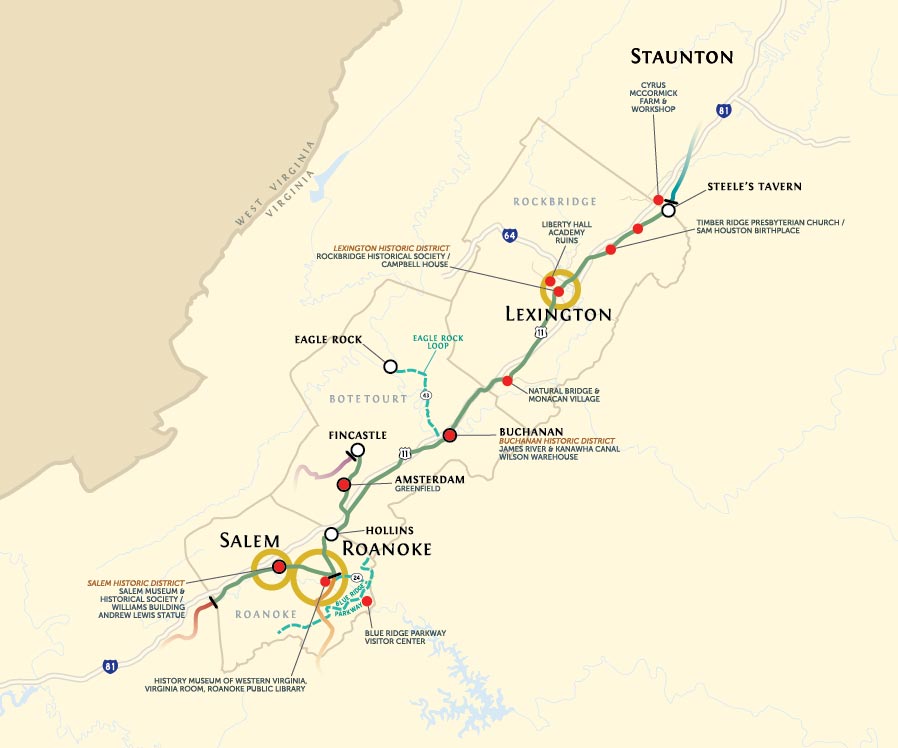 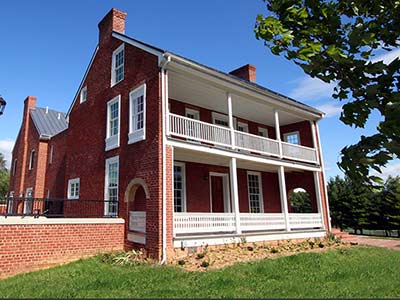 William C. Williams, the builder of the first Roanoke County Courthouse, constructed this unusual brick home and store in Salem in 1845. The building was relocated and restored in 1992 to serve as a museum containing local Indian artifacts and mementos of daily life from across the span of Salem’s history. The Museum Shop features books, crafts, replicas, educational toys, and more.

Renowned frontier soldier and Revolutionary War hero General Andrew Lewis lived between the modern civic center and the Roanoke River at a farm called Richfield. A statue of Lewis at the Battle of Gwynn’s Island has been placed outside the Salem Civic Center, and a portrait can be found inside.

The Roanoke History Museum is located in Roanoke’s lively and historic Market Square. The museum’s main exhibit, entitled Crossroads of History, interprets 10,000 years of western Virginia’s heritage through artifacts that span the entire history of the region. Among the nearly 6,000 items in the Museum’s collection are Native American arrowheads, pottery, and a rare example of “Rawrenoke” beads (from which the city derived its name). 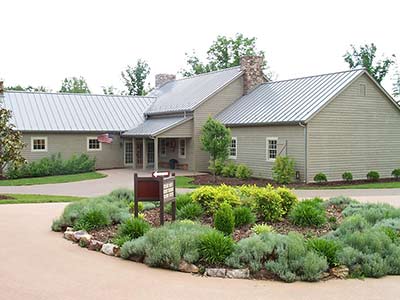 The Blue Ridge Parkway Visitor Center serves as a gateway to the spectacularly beautiful scenic highway that runs along the crest of the Blue Ridge through Virginia and North Carolina. The landscaped parkway was founded in 1935 and completed by public works organizations during the Great Depression. It is lined with sites depicting local history. Visitors will find information about the Parkway and the Roanoke Valley and enjoy a shop featuring gifts and Parkway memorabilia. There is also access to a series of scenic trails.